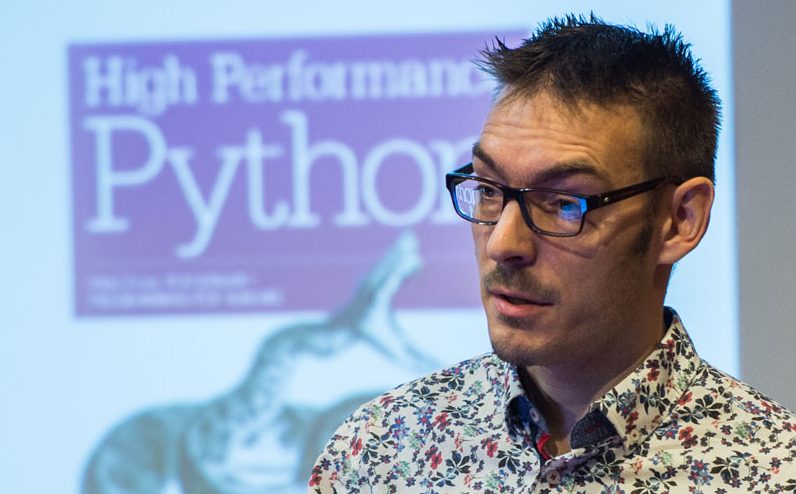 I’ve not done a public “week notes” before. I’ve been hacking on various things and I figure it is worth sharing some of it.

Using public Companies House data I’ve started to plot the decline in new company formations in the UK. Here’s a first crack, which shows a decline at the end of March. This data comes monthly as a single dump so it didn’t contain April. Here’s a second crack going back 10 years, it shows co-ordinated drops in activity during UK public holidays (and this March still looks awful).

For this third crack I’ve used the Companies House API to augment the static dump with up-to-date data for April (which’ll be replaced when the new data dump is provided in a week). There’s a 3 week current window showing “no dissolutions” which I suspect means they’ve not been added to the public database, the decline in registrations is clear. I’m guessing registrations go via a different human process than dissolutions and dissolutions might be very laggy due to admin.

In Pandas I learned about the “memory_usage” function which gives a per-column memory report. Benjamin noted that this appears in Dask and CuDF too in a reply.

For my upcoming Remote Pizza Python talk (tomorrow) on Modin, Dask & Vaex I’ve delved further into Modin and Dask. The Modin folk gave useful feedback for “how Modin is working” and I’ve got an open question on Dask on stackoverflow regarding memory usage.

On Monday I give a talk remotely for PyDataBudapest which focuses more on how to get more out of Pandas on a smaller-data scenario. Experiences for both of these talks will go into my upcoming Higher Performance Python training (start of June).

My garden is doing well – I’m now eating my new radishes. Kilos of flour will arrive soon so I can expand my bread making experiments too!

I’ve listed my next Higher Performance Python public class, it’ll run online for 3 mornings on June 1-3 during UK hours. We’ll use Zoom and Slack with pre-distributed Notebooks and modules and you’ll run it using an Anaconda environment. Here’s the write-up from my recent class.

Feel free to contact me if you have questions about the course. I’m currently not planning to run another iteration of this for some months (possibly October for the next one).

If you’d like to hear about the upcoming iterations please join my low-volume training announce list and I offer a discount code in exchange for you spending two minutes filling in this very brief survey about your training needs.

“Working through the exercises from day 1 of the high performance python course from. Who knew there was so much time to shave off from functions I use every day?.. apart from Ian of course” – Tim Williams

Here’s my happy class on the first morning: 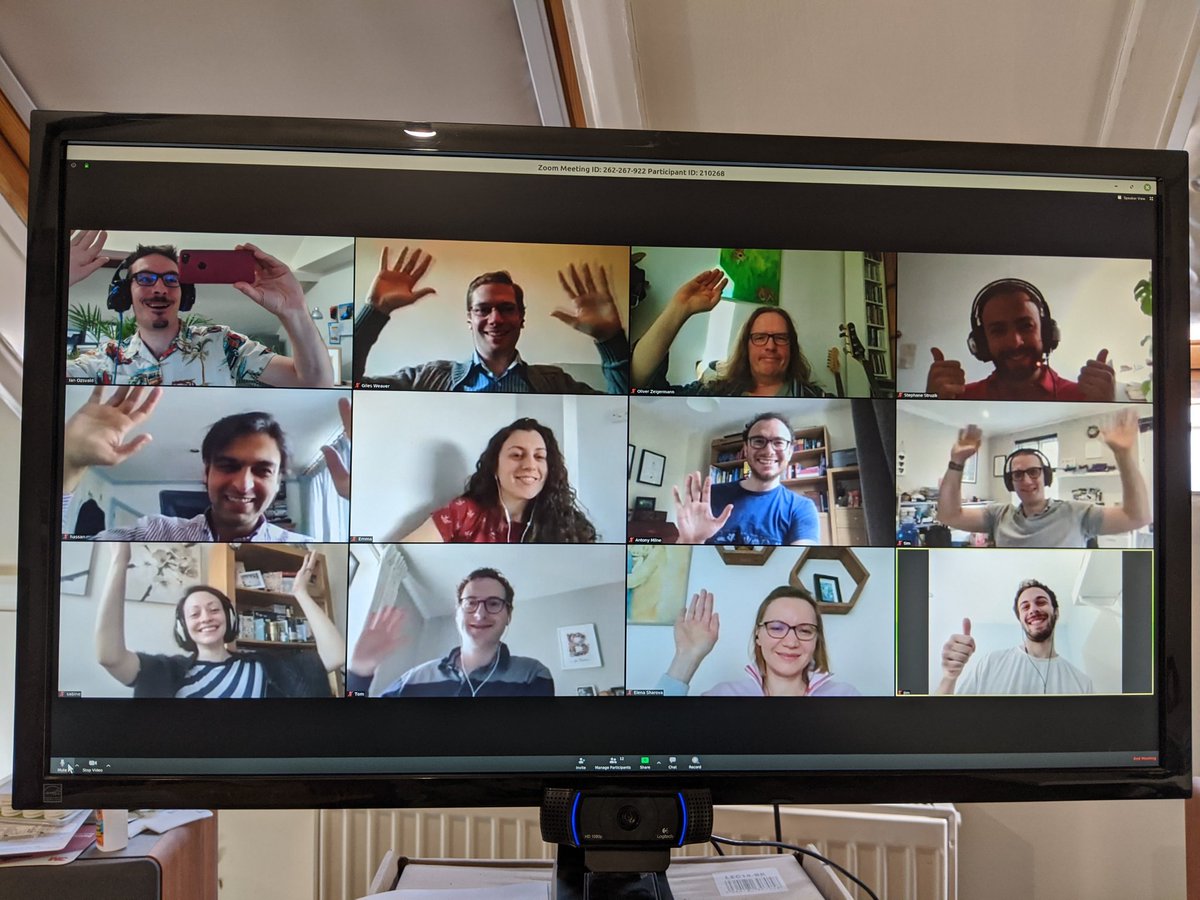 We used Zoom to orchestrate the calls with a mix of screen-share for my demos and group discussion. Every hour we took a break, after the first morning I set some homework and I’m waiting to hear how the take-home exercise will work out. In 2 weeks we’ll have a follow-up call to clear up any remaining questions. One thing that was apparent was that we need more time to discuss Pandas and “getting more rows into RAM” so I’ll extend the next iteration to include this. A little of the class came directly from the 2nd edition of my High Performance Python book with O’Reilly (due out in May), almost all of it was freshly written for this class.

In the class Slack a bunch of interesting links were shared, we got to discuss how several people use Numba in their companies with success. Whilst I need to gather feedback from my class it feels like the “how to profile your code so you focus your effort on the real bottlenecks” was the winner from this class, along with showing how easily we can use Numba to speed up things in Pandas (if you know the “raw=True” trick!).

I plan to run another iteration of this class, along with online-only versions of my Successfully Delivering Data Science Projects & Software Engineering for Data Scientists – do let me know, or join my training email list, if you’d like to join.

On Friday I held an open Zoom call to discuss the problems and solutions posed by remote work for data scientists. I put this together as I’ve observed from my teaching cohorts and from conversation with colleagues that for anyone “suddenly working remotely” the process has typically not been smooth. I invited folk to join and asked that they shared 1 pain and 1 tip via a GForm, some tips were also submitted via Twitter. We held a live video chat and I took notes, I’ve summarised these below.

Given that we’re likely to stay in this remote mode for a minimum of 3 months, possibly 6 months and to a greater & lesser extent over 1-2 years it’ll pay for your team to invest in building a good remote process.

This post by Chris Parsons at Gower covers a CTO’s view of collaboration in a tech org (including data scientists), I like the notion of relinquishing control and discouraging continual availability.

I was joined by Jon Markwell (@jot), founder of The Skiff co-working environment down in Brighton (he’s built a brilliant community of freelancers there who often work remotely). He helps companies with their remote transformations. He’s been working on a new tool for remote readiness prior to Coronavirus and I invited him to share his tech-focused remote practices on the call. He’s open to you reaching out via Twitter or LinkedIn if you’d like his advice.

We spoke at a high level on:

Well-being came up frequently in my “share 1 problem and 1 tip”. Tips included:

Distractions and isolation was also a frequent issue:

Home office setup (we didn’t get to discuss this):

Thoughts on the format of the Zoom call:

A week back I ran the 4th iteration of my 1 day Successful Data Science Projects course. We covered:

One of the lovely outcomes in the training slack is that new tools get shared by the attendees – I particularly liked Streamlit which was shared as an alternative to my Jupyter Widgets + sklearn estimator demo (which shows a way to hand-build an estimator under Widget control with GUI plots for interactive diagnosis). I’m going to look into integrating this in a future iteration of this course. Here’s my happy room of students: 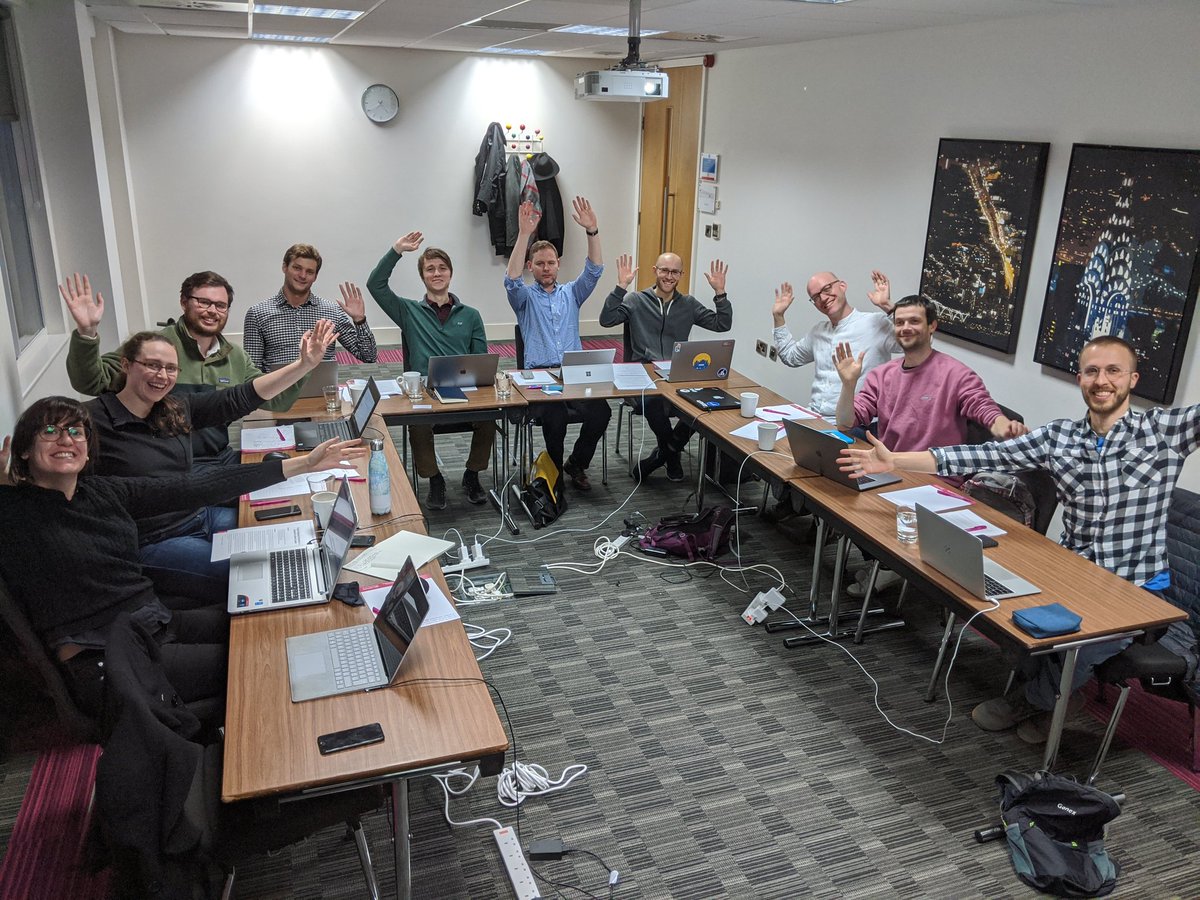 If you’re interested in attending my future courses then make sure you’re on my low-volume training announce list (and/or you might want my more frequent Thoughts & Jobs email list). My upcoming Software Engineering for Data Scientists course has a seat left, if that’s sold out do contact me to be on the reserve list. If you’d like to get a discount code for future courses please complete my research survey for my 2020 courses.