Minesh B. Amin (MBA Sciences) and I (Mor Consulting) are teaching Applied Parallel Computing at PyCon in San Jose in just over a month, here’s an outline of the tutorial. The conference is sold out but there’s still tickets for the tutorials (note that they’re selling quickly too).

Typically a recording of the tutorial is released a couple of months after PyCon to PyVideo – you miss out on the networking but you can at least catch up on the material. The source code will also be released.

Our tutorial uses a lot of tools so we’re providing a VirtualBox image (32 bit requiring about 5GB of disk space, runs on Win/Lin/Mac). Those who choose not to use the VBox image will have to install the requirements themselves, for some parts this is a bit tough so we strong recommend using the VBox image. Details of the image will be provided to students a few weeks before the conference.

Parts of my tutorial build on my PyCon 2012 High Performance Python 1 tutorial. You might also be interested in the (slightly vague!) idea I have of writing a book on these topics – if so you should add your name to my High Performance Python Mailing List (it is an announce list for when/if I make progress on this project, very lightweight).

This year’s 3 hour tutorial is split into five sections:

During the Mandelbrot solver we’ll look at where the complexity lies in generating an image like this: 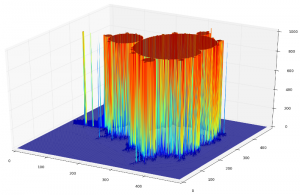 During the Disco problem we’ll visualise the results using Andreas’ word-cloud tool, we may also cover the use of map/reduce for social network exploration: 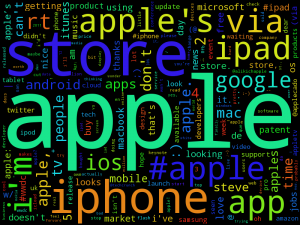 Install requirements will be announced closer to the tutorial along with the (recommended!) VirtualBox image. I’m probably providing more material than we can cover for my two sections (Mandelbrot, Disco – how far we get depends on the size and capabilities of the class), all the material will be provided for keen students to continue and we’ll run an after-class session for those with more questions.