Keynote at EuroPython 2018 on “Citizen Science”

I’ve just had the privilege of giving my first keynote at EuroPython (and my second keynote this year), I’ve just spoken on “Citizen Science”. I gave a talk aimed at engineers showing examples of projects around healthcare and humanitarian topics using Python that make the world a better place. The main point was “gather your data, draw graphs, start to ask questions” – this is something that anyone can do.

In the talk I covered 4 short stories and then gave a live demo of a Jupyter Lab to graph some audience-collected data:

The goal of the live demo was to a) collect data (before and after showing photos of my dog) and b) show some interesting results that come out of graphing the results using histograms so that c) everyone realises that drawing graphs of their own data is possible and perhaps is something they too can try. Whilst having folk estimate my dog’s weight won’t change the world, getting them involved in collecting and thinking about data will, I hope, get more folk engaged outside of the conference.

The slides are here.

One of the audience members took some notes: 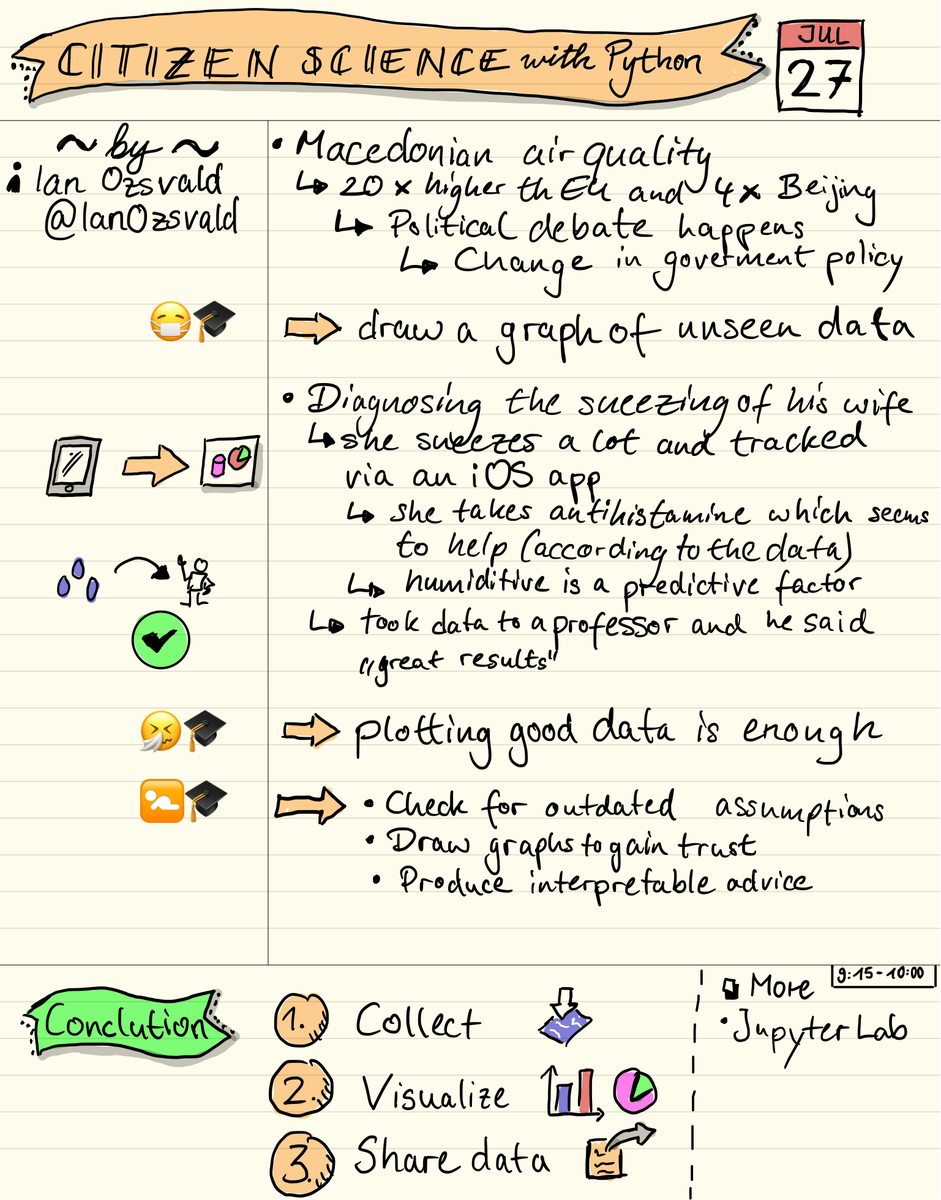 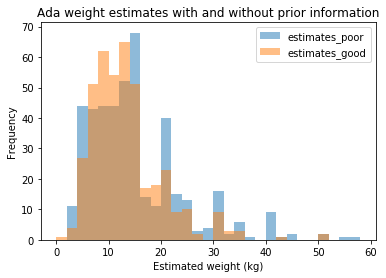 With poor information folk tended to go for the round numbers (see the spikes at 15, 20, 30, 35, 40). After the photos were shown the variance reduced (the talk used more graphs to show this), which is what I wanted to see. Ada’s actual weight is 17kg so the “wisdom of the crowds” estimate was off, but not terribly so and since this wasn’t a dog-fanciers crowd, that’s hardly surprising!

There were only a couple of guesses above 80kg before showing the photos, none after showing the photos. A large heavy dog can weight over 100kg so a guess that high, before knowing anything about my dog, was feasible.

The slides conclude with two sets of links, one of which points the reader at open data sources which could be used in your own explorations. Source code is linked on my github.

Ian is a Chief Interim Data Scientist via his Mor Consulting. Sign-up for Data Science tutorials in London and to hear about his data science thoughts and jobs. He lives in London, is walked by his high energy Springer Spaniel and is a consumer of fine coffees.
Previous “Creating correct and capable classifiers” at PyDataAmsterdam 2018
Next On the growth of our PyDataLondon community