I’ve just given the opening keynote here at PyConIreland 2014 – many thanks to the organisers for letting me get on stage. This is based on 15 years experience running my own consultancies in Data Science and Artificial Intelligence. (Small note  – with the pic below James mis-tweeted ‘sexist’ instead of ‘sexiest’ (from my opening slide) <sigh>)

Sidenote – this is the precursor to my “Data Science Deployed” opening keynote at PyConSE 2015. 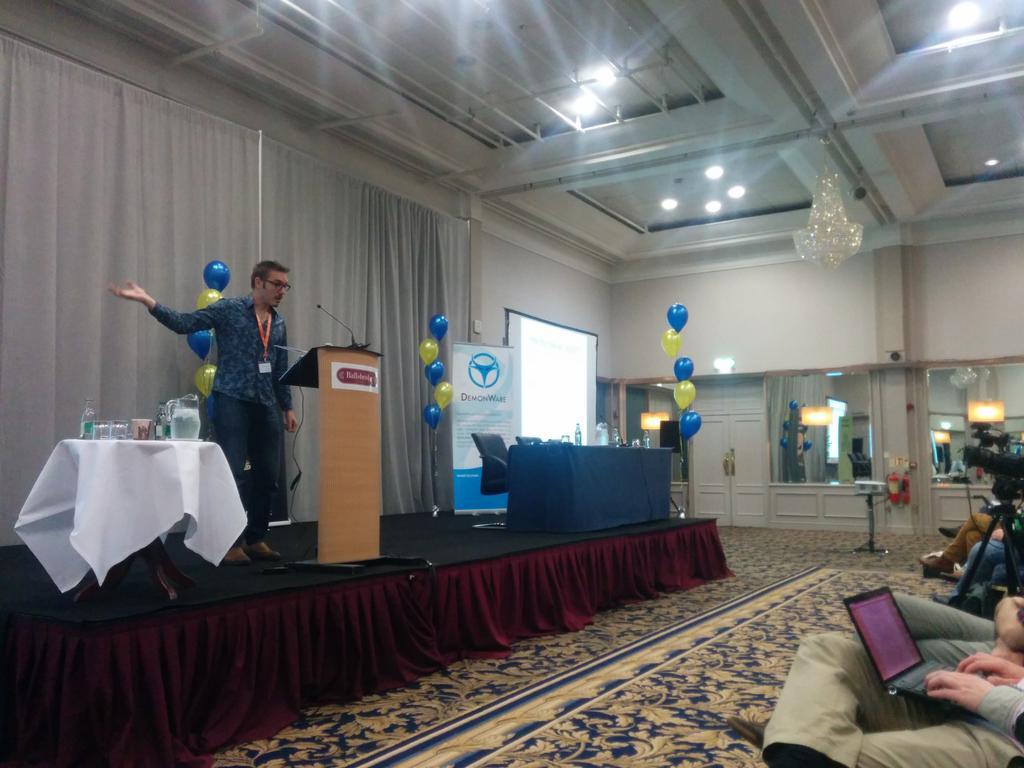 The slides for “The Real Unsolved Problems in Data Science” are available on speakerdeck along with the full video. I wrote this for the more engineering-focused PyConIreland audience. These are the high level points, I did rather fill my hour:

From discussions afterwards it seems that my message “you need clean data to do neat data science stuff” was well received. I’m certainly not the only person in the room battling with Unicode foolishness (not in Python of course as Python 3+ solves the Unicode problem :-).

Ian is a Chief Interim Data Scientist via his Mor Consulting. Sign-up for Data Science tutorials in London and to hear about his data science thoughts and jobs. He lives in London, is walked by his high energy Springer Spaniel and is a consumer of fine coffees.
Previous Fourth PyDataLondon Meetup
Next We’re running more Data Science Training in 2015 Q1 in London