Many thanks to @GoPivotalEMEA for hosting us. 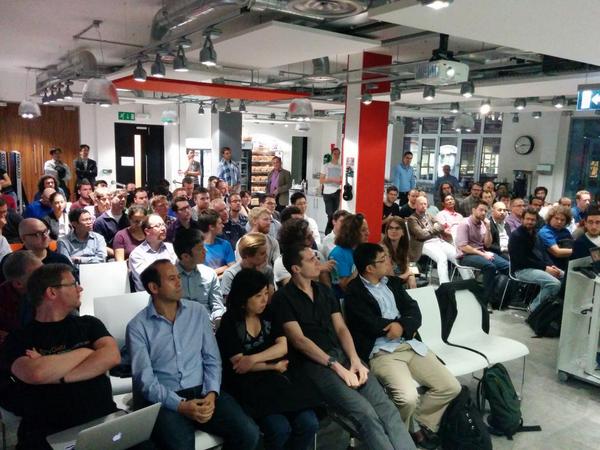 We had 3 speakers and 1 lightning talk.

Here are my slides on “The High Performance Python Landscape”:

I’m still collecting data for my two surveys (to discuss at a future PyData when I’ve got enough data), one on Data Science training needs and one on Why Are More Companies Not Using Data Science?

Next Dirk spoke on Data for Good and datamining water sources in Tanzania including some very honest thoughts on how to (hopefully) leave behind working systems that local teams can maintain. Dirk’s talk is built on a project called Taarifa (and source) that our Florian helped build. 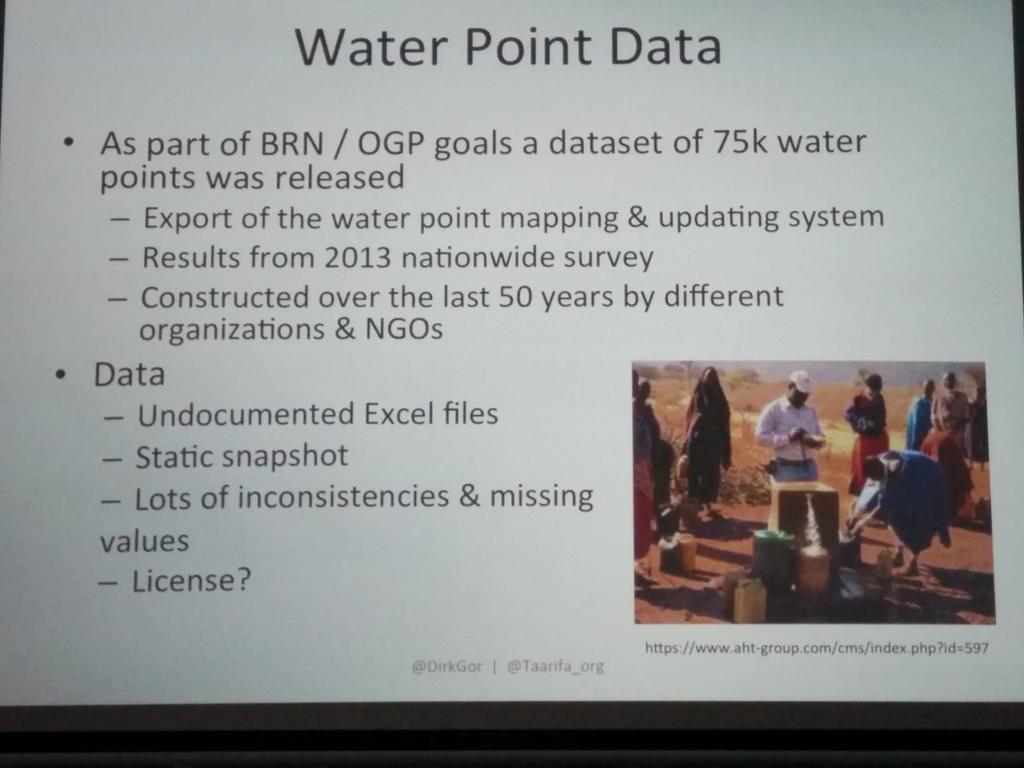 Finally we had Matt from Plot.ly over from San Francisco, he gave very compelling reasons to investigate the online visualisation (and data sharing) system for plot.ly. The matplotlib 1-line converter was particularly nice. 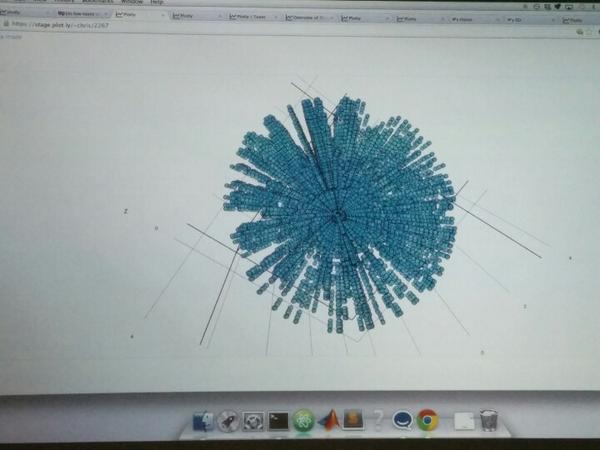 Tariq gave a lightning talk on his Make Your Own Mandelbrot book (aimed at kids and newbiews to Python), his slides are online.

We’ve got a growing collection of Offer/Want cards which help connect folk in the pub afterwards, we’ll keep building these up: 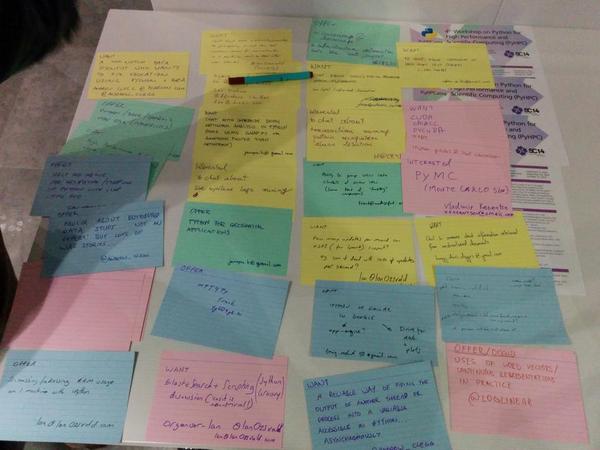 Our next event is on October 7th, be sure to follow the @pydatalondon twitter account and join the PyDataLondon meetup group to see the forthcoming announce. The RSVPs for the 4th event were filled in 2 hours of the general announce!

Ian is a Chief Interim Data Scientist via his Mor Consulting. Sign-up for Data Science tutorials in London and to hear about his data science thoughts and jobs. He lives in London, is walked by his high energy Springer Spaniel and is a consumer of fine coffees.
Previous Slides for High Performance Python tutorial at EuroSciPy2014 + Book signing!
Next My Keynote at PyConIreland 2014 – “The Real Unsolved Problems in Data Science”