This week we ran our 2nd PyDataLondon meetup (@PyDataLondon), we had 70 in the room and a rather techy set of talks. As before we hosted by Pivotal (@gopivotal) via Ian – many thanks for the beer and pizza! I took everyone to the pub after for a beer on out  data science consultancy to help get everyone talking.

UPDATE As of October 2014 I’ll be teaching Data Science and High Performance Python in London, sign-up here if you’d like to be notified of our courses (no spam, just occasional notes about our plans).

As a point of admin – we’re very happy that people who were RSVPd but couldn’t make it were able to unRSVP to free up spots for those on the waitlist. This really helps with predicting the number of attendees (which we need for beer & pizza estimates) so we can get in everyone who wants to attend.

We’re now looking for speakers for our 3rd event – please get in contact via the meetup group.

First up we had Kyran Dale (my old co-founder in our ShowMeDo educational site) talking around his consulting speciality of JavaScript and Python, he covered ways to get started including ways to export Pandas data into D3 with example code, JavaScript pitfalls and linting in “Getting your Python data into the Browser“: 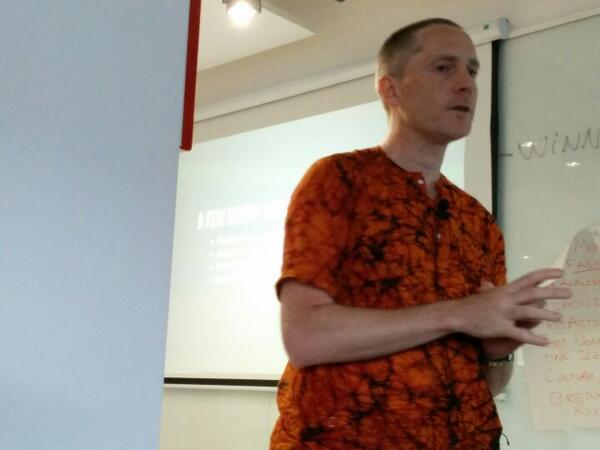 Next we had Laurie Clark-Michalek talking on “Day of the Ancient 2 Game Analysis using Python“, Laurie went low-level into Cython with profiling via gprof2dot (which incidently we cover in our HPC book) and gave some insight into the professional game-play and analysis world: 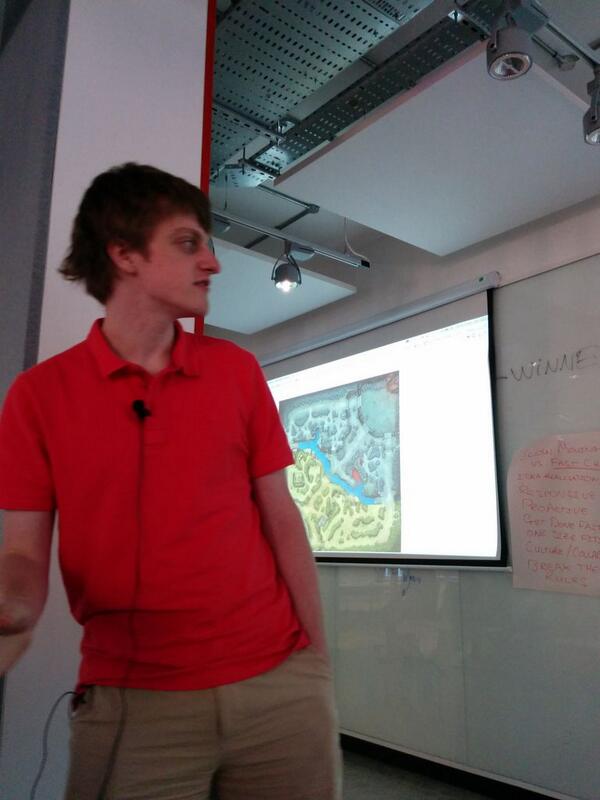 We then had 2 lightning talks:

We finished with a small experiment – I brought a set of cards and people filled in a list of problems they’d like to discuss and skills they could share. Here’s the set, we’ll run this experiment next month (and iterate, having learned a little from this one). In the pub after I had a couple of nice chats from my ‘want’ (around “company name cleaning” from free-text sources): 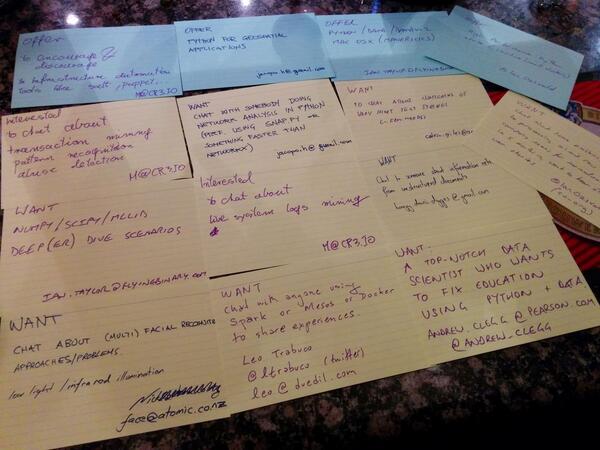 Topics listed on the cards included Apache Spark, network analysis, numpy, facial recognition, geospatial and a job post. I expect we’ll grow this idea over the next few events.

Please get in contact via the meetup group if you’d like to speak, next month we have a talk on a new data science platform. The event will be on Tues August 5th at the same location.

I’ll be out at EuroPython & PyDataBerlin later this month, I hope to see some of you there. EuroSciPy is in Cambridge this year in August.

Ian is a Chief Interim Data Scientist via his Mor Consulting. Sign-up for Data Science tutorials in London and to hear about his data science thoughts and jobs. He lives in London, is walked by his high energy Springer Spaniel and is a consumer of fine coffees.
Previous PyDataLondon second meetup (July 1st)
Next IPython Memory Usage interactive tool